Though there are several things that can cause miscarriage, many times the cause is unknown.  Sometimes chromosomal abnormalities lead nature to "spontaneously abort" the fetus.  Some doctors say this is simply nature's way of correcting a problem that was beyond repair by medicine.  Unfortunately, this offers little comfort to mothers of angel babies.

Tiffanie Herne is one such mother; a mother to two angel babies, Kaitlin and Sage.  In 2007, Tiffanie was experiencing a difficult pregnancy, but at 29 weeks gestation, she was thinking she would make it through to deliver a healthy child.  But, little Kaitlin was born then with a host of problems.  Tiffanie reports, "Kaitlin opened my eyes to the world of infant loss, and yes it's a whole world. People feel isolated, alone, and forgotten. We desperately hold on to the memories of our babies because often times it's all we have."  Tiffanie felt the loss of her child poignantly, and when she spoke with other mothers who had early term miscarriages, which are more common, she was very touched by their losses and her relationship to the feelings. 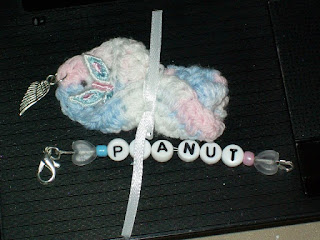 Though faced with the affliction of losing a child, Tiffanie could find a sense of healing compelled by creativity.  Tiffanie learned to loom knit and crochet and made her first miscarriage blanket.  You may wonder what a miscarriage blanket is.  Tiffanie says, "it's a tiny blanket that would be the perfect size to wrap your wee one in."

Tiffanie also shared the story of the loss of her beloved Sage.  "In 2012 I had a second loss and now feel the need even more deeply (if that is possible). My second loss, Sage, was an early first trimester loss (a blighted ovum to be exact). I have an ultrasound picture but it's just of an empty sac.  No baby was ever there to be seen. I can now relate even more to my customers who have had miscarriages...and I do cherish my tiny reminders of the baby that never grew." 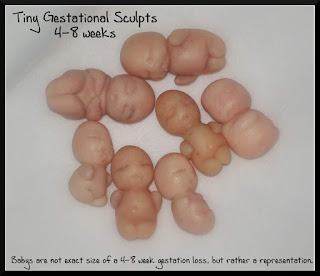 Tiffanie has obviously experienced tragedy most can never understand, by losing a child she got to cradle in her arms for a short time, and by losing another whose face she never got to kiss.  But in the face of adversity, Tiffanie turns not only to her creativity, but her compassion toward other women to turn a negative into a positive.  Tiffanie says, "I understood this more after talking to some who had miscarriages early on. It tore at my hear strings. When you loose a child in the NICU most have hats, outfits, blankets to take home... when you loose a baby just after the pregnancy began your lucky to have an ultrasound picture. I set my sites on trying to help fill that void." 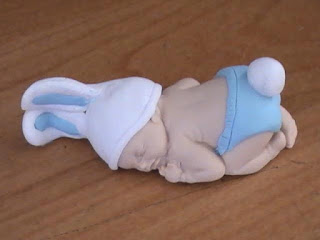 Tiffanie's lovely little miscarriage blankets have diversified into an entire line of artistic, handmade treasures for mothers who will cherish the memento of their lost little ones.  Tiffanie has this to say about her selection of creations, "So the hats are so small they don't always fit on my pinkie finger, blanket no bigger than a few inches long. I started with just selling on ebay, but since have expanded. I now have my own website where I offer so much more than just my cherished blankets (still a best seller). I make clay babies in various sizes, some gestational figures, etc." 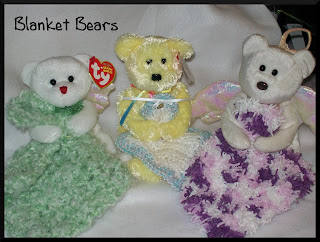 Tiffanie loves her handmade items.  They keep her close to her lost loves, as well as allow her to help lighten the burdens of other heart broken mothers.  Perhaps the loveliest thing Tiffany gives with her beautiful items is a special understanding.

Tiffanie invites other people to share their stories with her.  Tiffanie is a kind and loving person, willing to lend an ear and a shoulder.

Please feel free to connect with Tiffanie on Facebook or visit her website for much more of her amazing works!  Or, if you prefer, you may reach Tiffanie via email.
Posted by Grimdol Fair at 2:06 PM