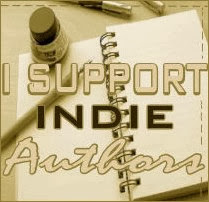 This is a personal review and recommendation for the editorial services provided for me by professional editor, Todd Bareslow.  I found Todd soon after the completion of my novel, Mary Contrary.  I edited it extensively myself, but I still knew I needed an experienced professional editor to help me before I published the book.

I came across numerous editors that I checked out.  Some seemed great, others seemed like a total joke.  I happened across Todd during a Facebook networking activity.  I checked out his page, and something told me this was going to be my guy.  So, I sent him a message to which he was promptly responsive.

Todd gave me an exceptionally reasonable price, invited me to check out some of his reviews, and we discussed what I could expect.  He gave me an upfront time frame of when I could expect him to return my work and in the end .  Hew he was also prompt and responsive with that!  Once I officially hired Todd, I emailed him my manuscript and he was communicative throughout his process with questions and some tips even as he worked.  When he was finished, he returned my work sooner than he had promised. 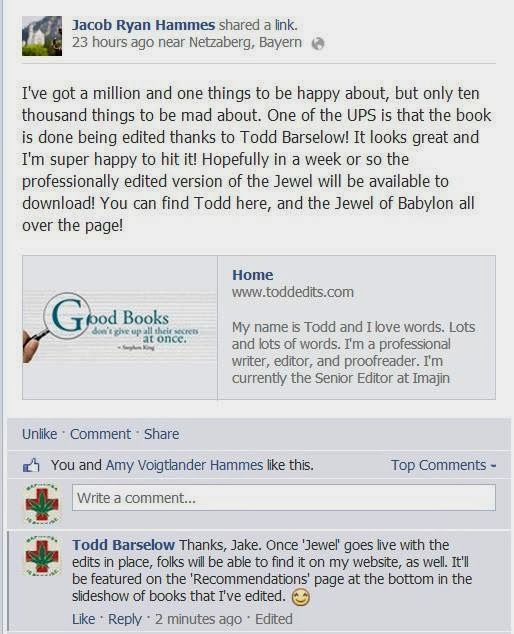 This is only one of Todd's hundreds of glowing reviews and recommendations.  Cruise around more of what others say about Todd here.

I was infinitely pleased with Todd's line editing.  He went through my manuscript with a fine toothed comb, to be sure.  But what I really hired Todd for was content editing.  Todd had specific, meaningful suggestions for what I should build and change.  He was more than happy to chat back and forth about content and invited me to stay in touch about it as I worked.  I definitely felt that Todd doesn't just read your work and then forget about it, it becomes his own beloved project as well.

In addition to the incredible content and line editing services he provided, Todd also offered me amazing industry advice and encouragement!  When I hired him, it had been my intention to self publish the book once edits were done.  However, Todd encouraged me to instead submit it to publishers.  He also gave me a couple tips of other things I could be doing in the mean time to prepare for the release.  Within only a month of finishing edits, and maybe two or three submissions, my book was picked up by Crushing Hearts and Black Butterfly Publishing. 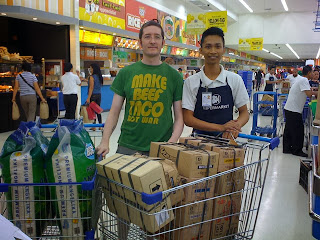 Not only is Todd excellent at his craft, he is also a kind hearted humanitarian.  Todd lives in the Philipene's which recently fell victim to the disastrous affects of Typhoon Haiyan.  Todd is collecting funds and personally delivering needed aid to the victims.  Todd and his wife were fortunately unharmed, and their response has been to pay it forward.  Find more about Todd's efforts here.

I can't recommend Todd enough, to any writer or publishing house!  This guy knows his stuff and he is going places!  Be lucky enough to be one of us who get to go with him!