Let Her Be a Princess 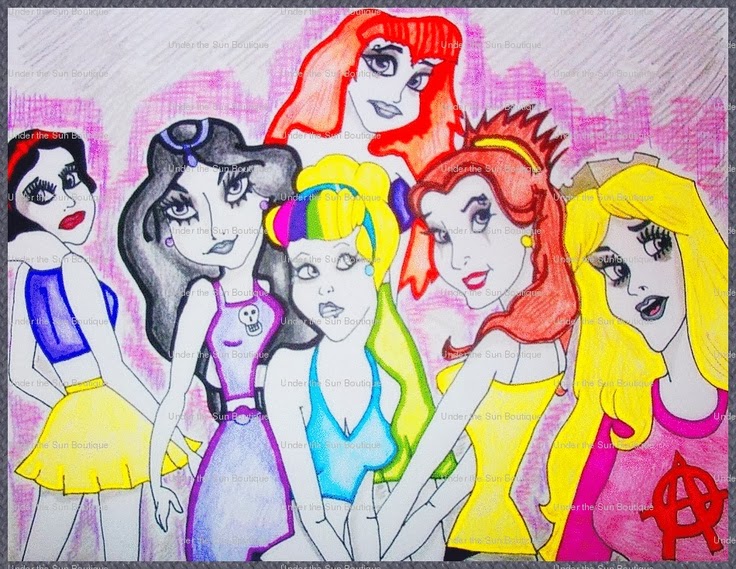 I hear a lot of talk these days about princesses and fairy tales.  Apparently, the new, cutting edge school of thinking is that little girls shouldn't be taught that they're princesses.  There are no fairy tales.  No happy endings.  No prince charming to take care of them.  Additionally, some people are claiming that little girls are being repressed by being "made" to play with princess toys and taught about fairy tales.  On the one hand, I can see the line of reasoning behind this.  On the other hand...

It makes me sad.

I saw a major video on the Upworthy site all about girls being industrious and playing "boy" toys.   Well, I shouldn't say boy toys, I guess.  But what Upworthy claims here is that "barely 1 in 10 actual engineers are women. Early in a girl's life, the toys marketed to her are usually things that don't encourage her to enter those fields."  To me, this implication is that because we as women are made to play with doll babies and Easy Bake Ovens early in life, we won't become engineers later.  Hmmm...  Here's the thing.  Men and women have different brains.  A lot of the times, women don't want to be engineers.  Do we all want to be princesses?  No.  But I'd almost hazard a guess that most of us would rather be princesses than engineers if we had to pick between the two.  So, though I was tickled pink by the concept of the Upworthy video of the two little girls building stuff, I also resented the underlying principle that if we let our little girls (and boys) play with doll babies and Easy Bake Ovens they're going to be nothing but dumb house wives.

Point A: In no way shape or form should a woman choosing to be a homemaker imply that she is unintelligent.  I am a housewife.  I have scored in the genious range on IQ tests since grade school.

Point B: In no way shape or form is there a thing wrong in the world with being a housewife, or teaching our daughters that it's a lovely way to live if they so choose later in life.  After all, we do it to raise those daughters...

I'm as liberal as the next guy, believe me.  I am actually one of those filthy, scum liberal democrats!  But, I guess I must be kind of old fashioned in some of my personal beliefs.

When I was little, I don't recall being a huge princess toy fan per say, but I liked dolls and Barbies.  I did however enjoy fairy tales.  Both of my parents spent a LOT of time reading to me as a child, and what they usually read to me were fairy tales.  Were they "breeding" me for the house wife life I lead now?  No, I'm sure they never saw it coming.  Neither of my parents were stay at home parents.  My mother's mother was an entrepreneur business owner all her life.  So I can safely assume my parent's point in teaching me about fairy tales and princesses was NOT to teach me that I should look for a man to take care of me.  *eye roll* 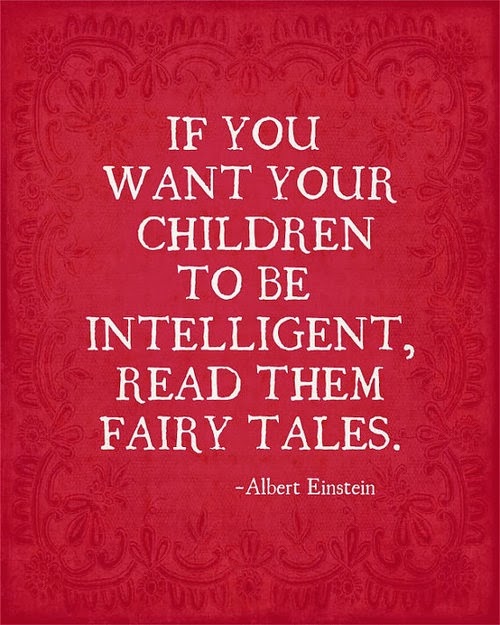 I was an incredibly imaginative child.  If I had to guess why my parents shared fairy tales with me, I'd guess it's because they didn't know of any other literature that nourished my creativity quite as much as the fairy tales did.

It's funny when I hear people bitterly opposing fairy tales because life doesn't have happy endings...  Though most fairy tales do end with those famous words "happily ever after," have we forgotten everything that had to happen before the happy ending could?  Wolves eat grandma.  Wicked step mothers make a princess sleep in the fireplace.  Or force feed princesses poisonous food.  The list goes on and on of the literally HORRIFIC things that happen to princesses.

But they rise above it.  Every time.

Here's what I hope my daughter takes away from fairy tales and princesses, and why I feel kids should be taught about them.  We create our own happy endings. 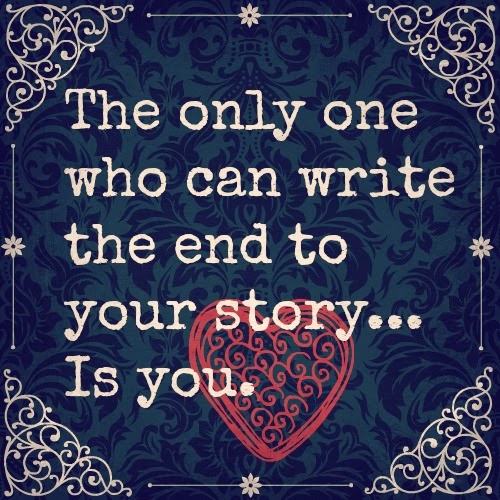 This philosophy is why I feel so sad, to hear women especially, teaching their children that there are no happy endings.  For one, unless you're declaring this from your death beds, you don't know how it ends yet!  So if you're assuming there won't be a happy ending, then you're sealing your own fate.  If that's your choice, so be it, but please don't teach your children that they can't find their own happy ending.

Now, let's talk about Prince Charming.  This is another underlying thought process brewing in modern society.  Princess play and fairy tales are teaching girls they need a man to take care of them.

These are certainly not wall flower women who do nothing valuable in this world.  Or in the fairy tale world.  They don't watch soap operas and eat bon bons day in and day out.  And neither do we housewives.  So let's stop teaching our children that it's not OK to look up to these sorts of role models.  Let's not teach boys that they shouldn't "take care" of a woman.  Let's not teach girls that they should be "taking care of themselves."

Let's teach our children to take care of one another.

Because that's how it works in our house.  It's a support system comprised of one husband, one wife, one first grader, and one three year old.  We all take care of one another.  Without any one of us, the household would fail.  And no one of us is more important or valuable than the other.

It's very much like a fairy tale!  How about that?

Children's imaginations will create worlds for the things they play with.  Children don't put things in boxes like we do as adults.  Your image of Cinderella, or Strawberry Shortcake, or My Little Pony may be something fantastically different than how your daughter or son sees these things.  I encourage you not to put negative connotations on toys.  Let's not make these toys so gender specific.  Let's not assume certain outcomes are in store if our children play with these toys.

Please don't start your child's story for him or her, let them write it!