LeighAnne Cooper is a country singer who hails originally from Jamestown, Ohio and currently graces the small town of Washington Court House, Ohio with her lively brand of music that calls to mind all the classic legendary female country musicians. 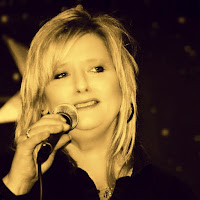 LeighAnne is one of those gifted few people born with incredible talent.  The ability to evoke in the listener whatever emotion she wishes.  Whether she has fans leaping to their feet and dancing in the aisles, or reaching for their Kleenex, prepare to turn over your soul as LeighAnne pours out her own in song.

Her first gig was in front of her mom, with an upright sweeper as a mic.  She wrapped a towel around her head (because she *needed* "long brown hair" for this gig.)  As a young singer, LeighAnne wished to mimic Marie Osmond as she entertained her mother.  But, her mom told her to always be her. That has stayed with her ever since, and I can definitely confirm that there is no one else on earth like LeighAnne Cooper.

I first learned of this singer in my younger days when I bartended an old honky tonk saloon.  This bar was a venue for some pretty big deals in country music in the decades it was open; including Johnny Paycheck.  There were quite a few extremely talented musicians who graced the stage there.  But no one ever effected me like LeighAnne when she sang.  I could listen to her every day and night.  I could forget all about a crowded barroom, and all my worries too. 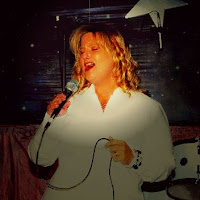 There's just something about her singing; it'll take ya back to a simpler time.

I still follow LeighAnne all these years later, now sharing my love of her music with my husband and two young children.  Watching her play a show with the Paint Valley Jamboree or the at Lebanon Opry never fails to get my whole family up and dancing!