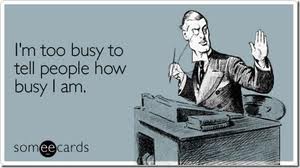 I responded to a "call to artist" posting on Craigslist, directing interested parties to a website inviting artists to submit their artwork to be displayed for a supposed "upcoming exhibit."

The gallery was the Mac Worthington.  This gallery is located in the popular Short North district in downtown Columbus, Ohio.  I submitted my work online and was called by a representative from the gallery to come in.  He instructed me that this was an "interview" and I should bring as many art samples as I had.

I purchased a portfolio for transporting my art and slip covers for individual pieces.  I even rushed to finish a painting in time for the "interview."  I put my kids in daycare so that I could make the one hour trip to the gallery.

Once I arrived, I was asked to fill out an "application."  Then, I was submitted to a 3.5 hour "interview."

The representative spent a lot of time telling me how EXCEPTIONAL my work was.  At this time, I was just starting out as a professional artist and had not yet received any feedback from other professionals.  So, I was very excited to hear a supposedly reputable art dealer being so complimentary toward my work.  I was getting concerned about the excessive length of the interview, but didn't say anything.  (Cost of that mistake = $40 parking ticket.)

After my ego and confidence were effectively bolstered for several hours and I was told how much they'd LOVE to display my work, I was given a contract to sign.  *and then he mentioned the $500 upfront fee I was required to pay THAT DAY*

Uh, yeah, did you catch that? 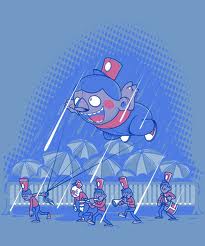 Nothing rains on your parade like a person telling you how awesome you are and then wanting money for their praise.  That is perhaps an oversimplification of what happened, but that's pretty much how I saw it.

This man's tone completely changed when I was dumbstruck by this SURPRISE fee, and he switched to high pressure tactics and being insulting, saying I was "letting my family hold me back" and "I was about to blow a once in a lifetime opportunity."

And, I might add, they weren't trying to create an upcoming exhibit.  They were just looking for anyone who was willing to pay the fee and pay ongoing monthly fees to hang whatever they wanted to in the gallery.  If I recall correctly, the fee just to hang ONE PIECE for ONE MONTH was $85.00.

Most any retailer who hangs art for artists and crafters charge fees.  That is not out of the ordinary at all.  If they don't charge fees, they do usually charge commission.  Or sometimes, artist co-ops will require you to actually work the venue.  But, $500 is nonsense.  Also, every other retailer I've dealt with makes you aware of the fee immediately, so that no time is wasted if you aren't interested in paying the fee.

The Mac Worthington did offer several things besides just hanging with that fee, however, the bottom line is, the artists pay the bills there.  Sales of the art is not likely AT ALL.  You might get some good recognition out of the deal, but I suggest only paying that much for recognition, only if your art has actually generated enough money already to justify that expense.  I've worked really hard since then, getting recognition for myself.  I didn't pay for it.  I worked for it.  I imagine I have received a lot more recognition for my work than I ever would have hanging my art in that gallery.

There certainly wasn't anything illegal about their approach, but it was  unethical.  The "interviewer" (what a laugh) was aware that I was coming a long way and that I had children and he grossly wasted my time.  Then he had the nerve to get rude with me, blatantly stating that I had wasted his time.

I eventually ended up putting some of my items in a consignment shop.  Was it a fancy art gallery?  No.  Did I make sales there?  Yep, sure did.  MUCH more than I ever would have at the Mac Worthington, to be sure.  Was the person who consigned my items courteous, professional, and honest with me?  She sure was.

Maybe this gallery isn't so rude and shady with everybody, but they surely were with me and over a year later, I'm still pretty disgusted about it.  Final verdict, steer clear...  If you ask me...
Posted by Grimdol Fair at 12:57 PM