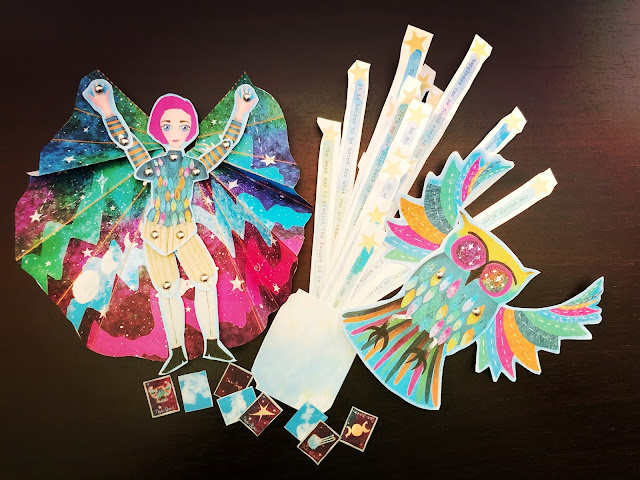 This beautiful and unique paper doll has a very magical story! For once, this is not something that just materialized from my weird brain.
Several months back, I learned of this Kickstarter for a tarot deck called Alleyman’s Tarot. I have never backed a Kickstarter, but this deck just called to me. So I backed it. Days later, I learned a local real life friend of mine was one of the artists selected to contribute a card design to the deck, which was just all the more magical to me. We live in the middle of nowhere. How odd and quirky that two friends from the same nowhere town were drawn to the magic of The Alleyman?
Well, this project developed a cult following and we gathered together in a Facebook group. Some of us discussed creating alter egos for giving tarot readings with the Alleyman deck. I quickly came up with mine, Clarabelle Crowley.
Fast forward to now, and my daughter and I have become obsessed with flipping dollhouses. And I’ve been creating dolls for them. Like, I’m sort of going nuts making paper dolls, and it might be borderline unhealthy. I’m going through something. Healing my inner child or something, I don’t know. But, when I created a doll of my Alleyman alter ego, I posted it in the Facebook group and mentioned I could probably two or three others if anyone wanted me to make a doll for their character.
WELL! A member of the group told me a fantastical tale of their character and allowed me to create The Star Giver. The Star Giver wears a cape that is a mirror of the night sky, and has an owl companion whose eyes also mirror the sky. The Star Giver has a jar of stars and if you’re lucky enough to meet them, you may draw a star from their jar, make a wish, and the Star Giver will send your wish back into the night sky with the star. I LOVE THIS! My fellow Alleyman devotee told me the defining characteristics are the night cape, owl, and jar of stars, and the only physical characteristic they really cared about was that the Star Giver have pink hair. From there, I was given artistic license to bring the character to life.
I really got obsessed with creating a cool paper cape for this doll. So you might find it just a little hard to assemble. Basically, follow the instructions on the cape page, but there are no dots on the Star Giver’s hands or the cape for where to attach them because you pretty much will need to assemble the doll, properly accordion fold the cape, and then find the best spot for yourself to make the holes and attach the hands to the cape. The character also has their own little mini tarot card set since we came to meet because of a tarot deck!
I hope you enjoy this one as much as I enjoyed creating them. This doll works perfectly in a 1:12 scale dollhouse. You can either save and print the following images, or if you’d prefer a PDF of the doll parts, click here. 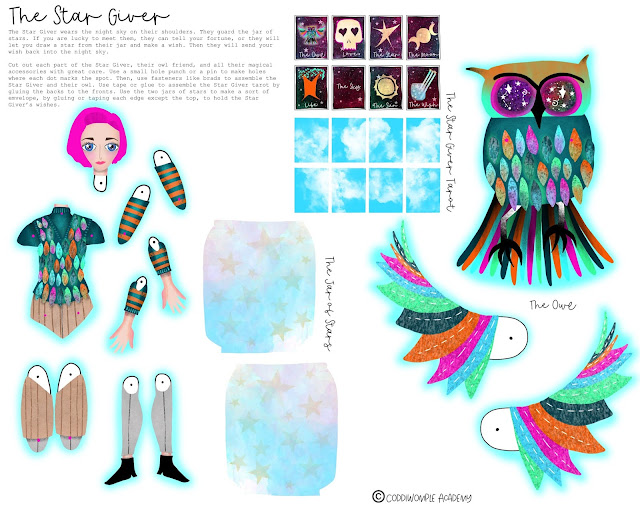 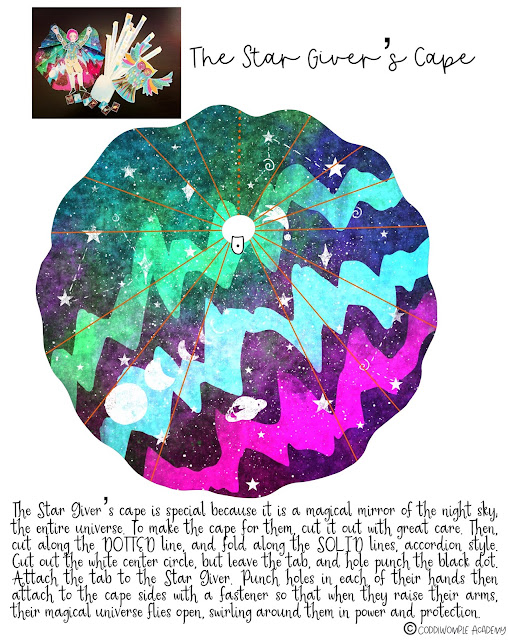 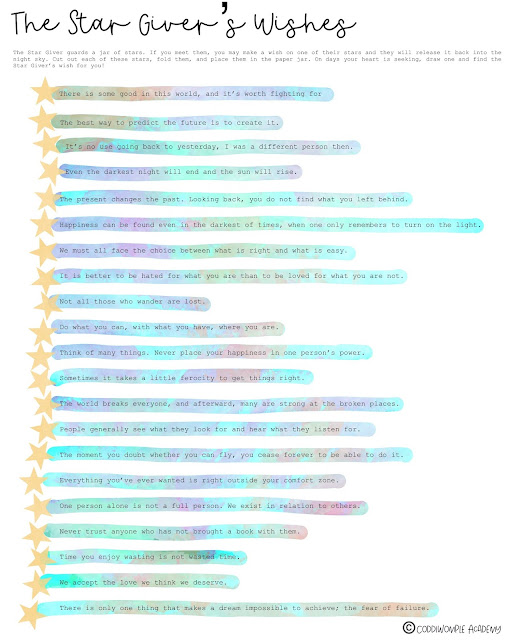