This snippet was written by my learner, Quinn who used a picture prompt in my creative writing club. She also created a cool piece of art to go with it! 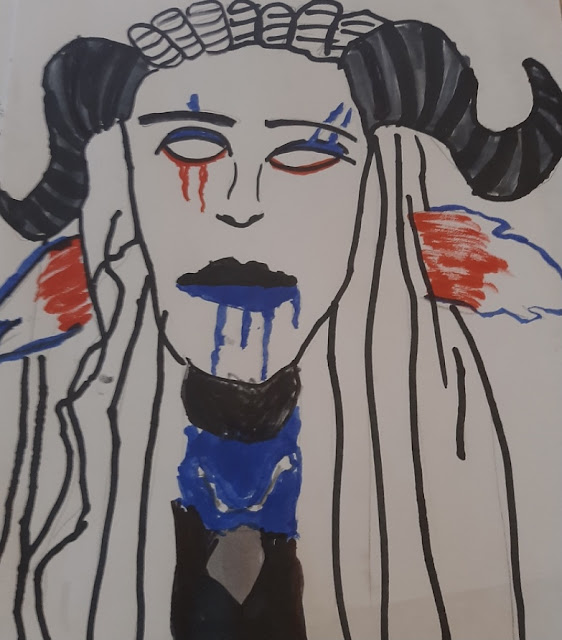